With the addition of Michael C. Williams, The Scarefest has the complete cast of The Blair Witch project short of going after the extras and “waitress #2”.

Since Blair Witch, Michael has stayed on the horror genre radar with such films as Altered and The Objective and has stayed active in other film and TV roles.

The Blair Witch Project was being marketed as a “true story”. Michael’s biography in the press kit mentioned that he played for the New York Yankees farm team. It was actually the biography that he wrote for the character of “Mike” in the film. The character’s biography was accidentally used by the producers, leading people to believe that Michael, the actor, played baseball in the N.Y. Yankees farm system.

So let the baseball metaphors fly as we welcome Michael to The Scarefest . 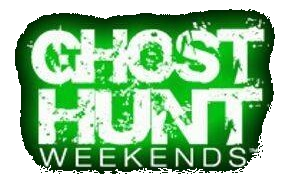