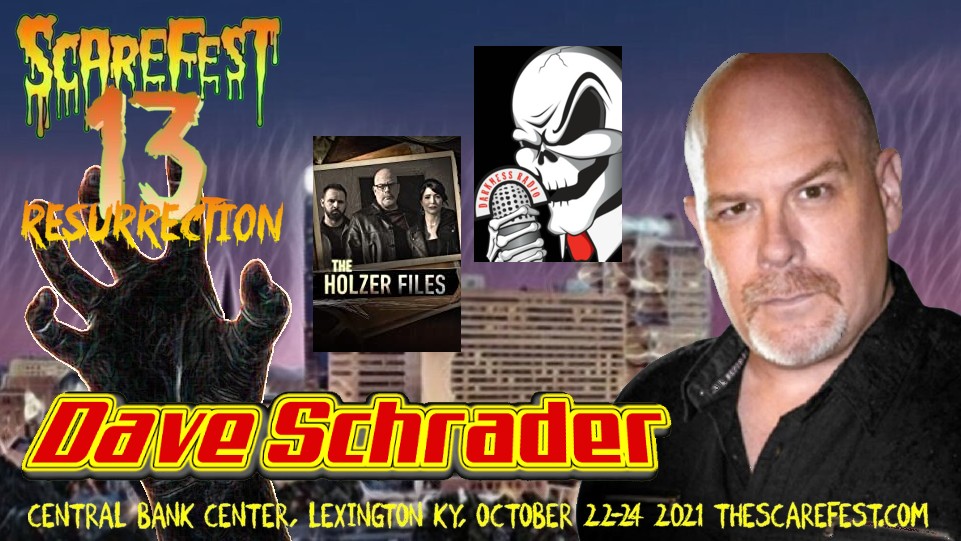 Dave Schrader is a long time radio show host that digs deep into the strange and bizarre in the paranormal field.

Among his achievements,Dave co-wrote the book “The Other Side: A Teen’s Guide to Ghost Hunting and the Paranormal” , he also was the lead judge on the Travel Channel hit mini-series “Paranormal Challenge” as well as appearing on Travel Channel’s #1 series, Ghost Adventures , Paranormal State and Haunted Hospitals.

In 2019 he became a featured cast member of a new paranormal reality series on Travel Channel, The Holzer Files.