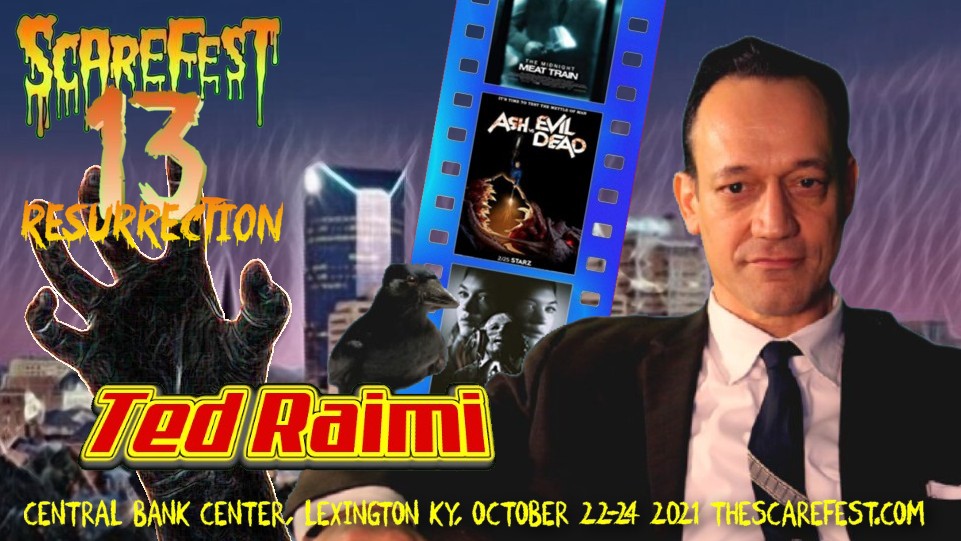 Actor Ted Raimi has appeared in quite a few of his brother Sam Raimi’s films, but has also managed to carve a niche for himself via such action/adventure television series as “SeaQuest 2032,” “Xena: Warrior Princess,” and “Hercules: The Legendary Journeys.” Raimi got his acting start during the early 1980s, with roles in such cult classic horror films as “The Evil Dead” and “Evil Dead II” (both directed by his brother). Further roles in film and TV came Raimi’s way (the horror favorite “Shocker,” the memorably silly 1980s sitcom “Alf,” etc.), before he began working on more films directed by his brother during the 1990s. However, it was also during that decade that Raimi scored two of his best known roles, as Lt. j.g. Timothy O’Neill on “SeaQuest 2032” and Joxer on both “Xena: Warrior Princess” and “Hercules: The Legendary Journeys.” When his brother got the nod to direct the “Spider-Man” franchise, Ted secured the recurring role of Hoffman in the blockbusters “Spider-Man” (2002), “Spider-Man 2” (2004), and “Spider-Man 3” (2007).