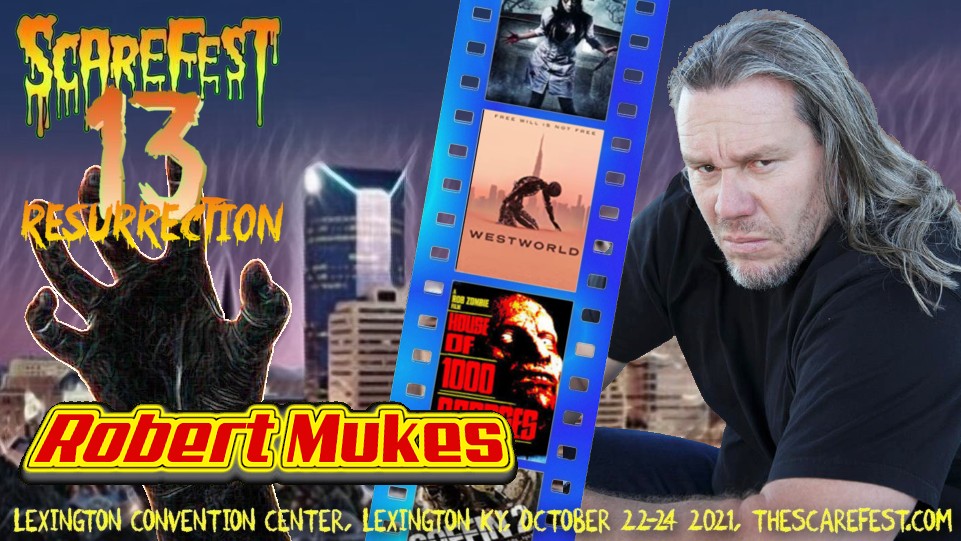 Scarefest towers over the competition, so why not bring back a fan favorite guest that towers right back?

Standing at 6’10”, Mukes uniquely stands out from his fellow actors. His light, charismatic presence lends to the humorous side of his characters, while the slight darkness that lingers in his physicality lends to the darker more serious side of his characters. This mixture creates a unique and fresh blend that has never been seen before in Hollywood.

His most current projects include HBO’s TV series Westworld; the movies Coffin 2, Valentine DayZ, and Bone Tomahawk; and Showtime’s award winning series Weeds, in which he played the memorable Alaskan bounty hunter, Abumchuk. He is most known for his role as Rufus Jr in Rob Zombie’s 2003 House of 1000 Corpses .